Note : The CEPT logo is depicted on the French stamp with own design and on the set of Monaco. Most stamps issued in late April or early May. 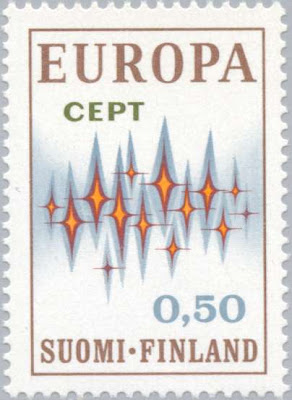