Note : Again, many countries not using the logo but only the CEPT letters. Most stamps issued on the 3rd May. The Isle of Man issued a set of 6 stamps ! Until now it's the biggest set of stamps issued by a country. 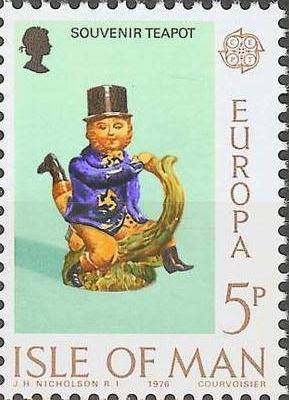 Eurovision Song Contest 1976
The Hague (the Netherlands)
Winner: Brotherhood of Man "Save your kisses for me" (United Kingdom)
my personal favorite that year: Catherine Ferry "Un, deux, trois" (France)