Hungary became a CEPT member that year but to late to be able to issue official Europa stamps. Anyway they issued this year two stamps with the "post offices" theme but without the CEPT logo on it that would have made real Europa stamps of them.

Note : Only two countries (Gibraltar, Iceland) used the four CEPT letters instead of the official logo. Most stamps issued in late April or in May. 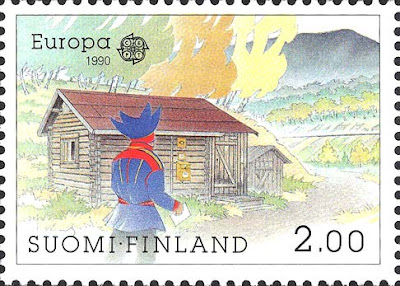