9th September 1960 saw the appearance of Liechtenstein’s first Europa stamp (face value CHF 0.50). The name EUROPA was embedded in it in a honeycomb pattern. This was also the first stamp designed by the then 30-year-old Mauren graphic designer Louis Jäger, who has since been responsible for several masterly pieces of philatelic design (he draw also the 1975 Europa issue).

The publication “50 Years of Liechtenstein Postage Stamps 1912–1962” describes the stamp, a first work in two senses, thus: “In 1960 a great structure is evolving cell by cell, but it will be some time yet before it is complete: many cells are still unfilled or incompletely filled: Europe is not yet complete. It can however be finished if its builders continue building on the common foundation laid in antiquity and the Christian era: hence the letters of the alphabet modelled on Roman characters. Thus will it all be able to coalesce and jointly grow together.” (p. 313).
There were however two more unusual features which attracted collectors’ attention to Liechtenstein’s first Europa stamp. Firstly, it was published in an edition of only 322 000 and was consequently very quickly sold out (subsequently Liechtenstein’s Europa stamps have each appeared in editions of over 1.5 million). What also made this stamp a true collector’s item was the fact that there were both a second edition and a very small edition of imperforate test prints.

Email ThisBlogThis!Share to TwitterShare to FacebookShare to Pinterest
Libellés : 1960, Liechtenstein 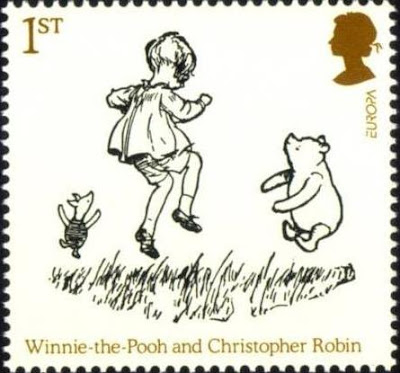 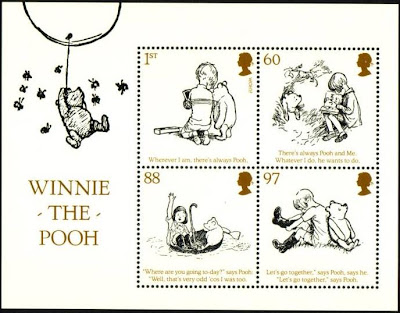 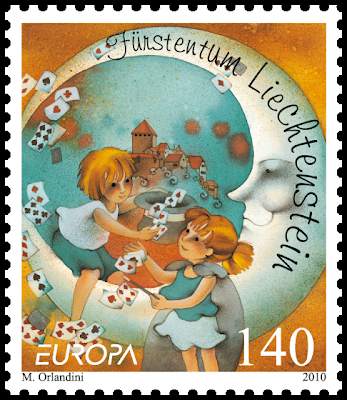 Email ThisBlogThis!Share to TwitterShare to FacebookShare to Pinterest
Libellés : 2010, Liechtenstein


2000 (55 countries ; 68 stamps), a new millennium, the right moment for PostEurop to celebrate this event with a common theme again! The design of the French artist, Jean-Paul Cousin has been selected. It represents a tower of six stars build up by children on a green field with the letter E of Europe on it. This Europa stamp edition will be a huge success! It's the last time until, that the Europa stamps used a common design. Most of the countries used that common design, some didn't like Yugoslavia or Bulgaria. Some countries used it but also issued a second stamp with another design like Croatia, Monaco or Hungary. 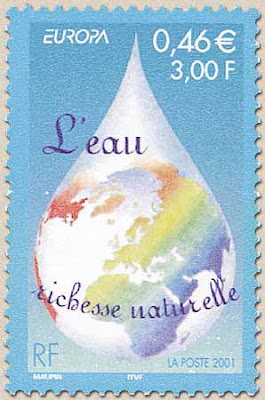 In 2002 (58 countries ; 93 stamps), PostEurop decided to start a "Best Europa stamp" competition, that year the theme was the Circus and Malta won the contest. It's interesting to note that Malta is using on this stamps a wrong Europa logo, the letter R isn't correct. They never changed their logo since then and even other countries started to use that wrong logo... In 2002, the Netherlands and Norway took part again at the Europa stamps issue after a break of many years, since 1993 for the Netherlands and 1992 concerning Norway.

2002 was also the year of the introduction of a common European currency: the euro. Twelve countries from the European Union use the euro since the 1st January 2002 and some microstates as Andorra, Monaco, the Vatican and San Marino. For the first time Europa stamps have a facial value in euro, although some countries had already a dual facial value (euro and national currency) in the last years before the euro introduction (as the 2001 French stamp here above.

Poster Art was the theme for the year 2003 (57 countries ; 96 stamps) and Monaco won the contest that year. Until 2007, the best Europa stamp was selected only by the members of PostEurop during their yearly plenary assembly and maybe they liked the nice blonde girl depicted on the poster of Monaco :o). That year Yugoslavia become Serbia-Montenegro.

The common theme of 2004 (57 countries ; 96 stamps) was holidays. The theme that year wasn't understood by each country the same way. PostEurop chosed that theme with the meaning of "vacation" but countries as Georgia understood the theme as religious holidays with a stamp celebrating Christmas and another one for Easter. Greenland won the Best Europa stamp competition that year with a very nice stamp. 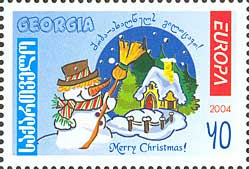 In 2005, the them was gastronomy (60 countries ; 103 stamps) an interesting theme for all food lovers. The Croat and Serb post of Bosnia and Herzegovina took part for the first time as official UPU members. Former ex-USSR republic : Kazakhstan took also part for the first time although only a few part of their territory is in Europe! Montenegro took part also that year for the first time being the last ex-Yugoslav republic to do so. Iceland won the Best Europa stamp competition with a original round shaped stamp representing a plate.

2006 (60 countries ; 105 stamps), Kosovo took part for the first time, even if they weren't independent at that time. The UN administration post office UNMIK issued the stamps that year. 2006 was the year of a quite large common theme: Integration through the eyes of Young People. Integration in a large meaning. It could be integration of people of another culture, country or of disabled people, like the Czech republic chosed for. The Ukraine won the contest that year with an allegoric stamp. In 2006 it was also the 50th anniversary of the Europa stamps. Many country around the globe decided to celebrate this event by issuing stamps but strange enough very few European countries did and none of the 6 first countries having issued the first Europa stamps in 1956. 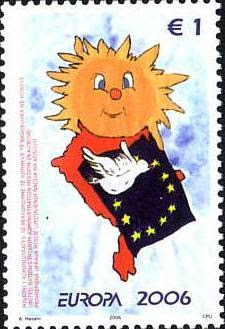 In 2007 (62 countries ; 111 stamps) PostEurop decided to celebrate the 100 years of Scouting and chosed it as common theme. Russia decided, not to take part that year. Since the same year, my webpage moved to this blog :o) We are also doing a Best Europa stamp poll on it and Norway won that year, Armenia won PostEurop's contest. It was the first year that people around the world could vote through the internet to select the best Europa stamp.

2008 (63 countries ; 107 stamps) had writing letters as topic. A nice way to promote postal communication in the age of the internet and e-mails writing. No post, means no stamps and it's quite obvious that our hobby will suffer of it in the next decades... Hungary won PostEurop's Best Europa stamp contest and Åland won this blog's one.

That year the region of Nagorno Karabakh issued Europa stamps for the first time. This region located in the Caucasus is disputed between Armenia and Azerbaijan. Since 1992, the Armenian majority living in Nagorno Karabakh declared them self independent.

The 2009 (63 countries ; 112 stamps) common theme was the international year of astronomy. Hungary for a second year in a row won the PostEurop's Best Europa stamp contest and Liechtenstein won the contest organised on this blog :o)