On some of this year's issues, the "R" of the word Europa seemed unusual ! And he was right !

The Europa logo on the Europa stamps of the Czech republic, Malta and Moldova is different than the official one ! The letter "R" has a left "leg" on those stamps but on the official logo this leg isn't designed ! 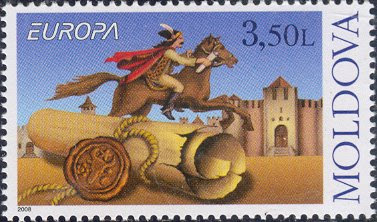 I looked up in my album if the problem is new or not, and I was surprised to discover that Malta is using a wrong logo since 2002 ! The even won that year the contest of "Best Europa stamp" ! Moldova since 1995 (!) and this year is the first time the Czech republic is using the wrong logo.

I agree with Eric's question on his blog "Why does the PostEurop organization not require a European uniformity about this logo ?", How can it be possible that an official logo is depicted differently on some stamps ?

Again the interest in making profit with those Europa stamps issues induce a lack of quality and serious in some issues unfortunately.
Publié par euroswiss à 17:34 No comments: 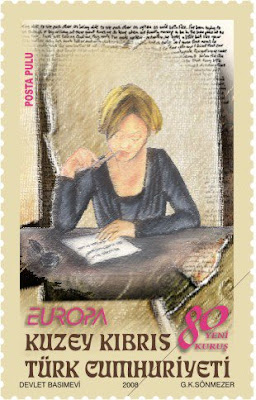 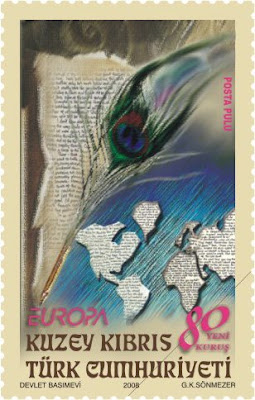 But as most Europa stamps collectors collect those stamps anyway, I decided to publish them on my blog, from now on, even if they aren't official stamp issues.
Publié par euroswiss à 13:53 No comments:

Best Europa stamp of the year 2008

As most of this year's Europa stamps are issued, PostEurop is again organizing an on-line vote to select the "Best Europa" stamp of the year 2008.

Two persons picked out from those that have selected the winning stamp will be granted special prizes – a full set of the 2008 Europa stamp issues!

The winning stamp will be announced on 13 November during PostEurop’s Extraordinary Plenary Assembly that will be held in Brussels, Belgium.

A few comments about this competition:

As last year, this blog will also organize it's own contest later this year ! ;o)
Publié par euroswiss à 13:00 8 comments: