Turkey is the winner of the 2020 Best Europa stamp contest organised by PostEurop. Armenia finished second and Azerbaijan is third. 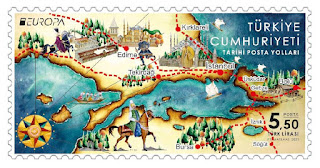 The result of this competition was annonced on the PostEurop's website :

"A new record number of votes was received, marking a new milestone with over 38 thousand votes reached!"

Here you can find the full list of winning stamps since the first contest in 2002 when Malta won.
Publié par euroswiss à 10:33 No comments:

1 stamp ("Sverige brev" value = 11.- SEK) out of a set of 5 stamps only this stamp bears the official Norden logo 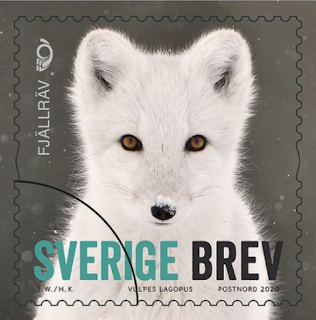