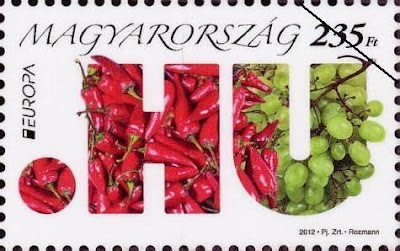 this 235.- HUF stamp is part of a souvenir-sheet of 4 stamps designed by Ágnes Rozmann.

It's the fourth time Hungary wins this on line voting during the last five years ! Here the statement on the Hungarian post website.

The result of this competition was announced during this year's Philatelic Forum in Paris, France on the 13th June.

The stamp has been selected via the internet ! All people could vote through PostEurop's website ! A total of 8063 votes were registered, compared to last year it's an increase of 45% in the number of public votes.

The prizes for both the Jury and public voting competitions will be handed out during the Belgian Philatelic Grand Prix to be held in the Brussels City Hall on the 22nd September 2012.

Postcrossing blog wrote an article about the on line voting.

The 2012 Best Europa stamp - Jury prize was awarded yesterday in Paris ! This was the second edition of this neutral and artistic prize.

Seven philately experts were invited to join the jury and judge the Europa stamps based on their expert opinion. 55 entries were displayed before the jury and after much deliberation, the jurors casted their closed ballots followed by a round of voting and discussion. Having reached a consensus, Mr. David E. Failor, Chief of the United Nations Postal Administration, proudly announced Russian Post as the winner of the 2012 Europa stamp Jury Prize.

The Jury this year composed of: 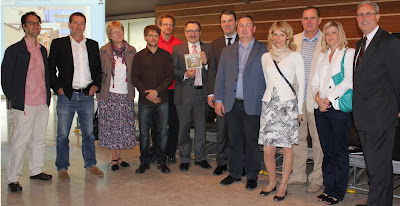 The 7 Jury members and representatives from the Russian Federation

This year winning stamp is the Europa stamp of Russia and designed by A. Drobyshev 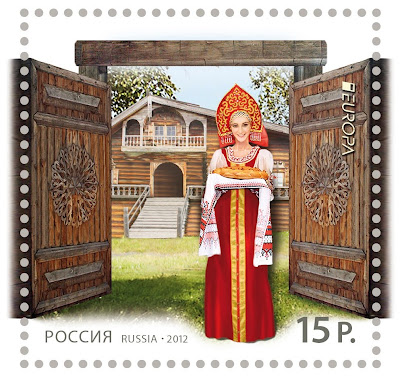 "Ultimately the jury selected the entry from the Russian Federation because of its inviting theme, high quality production and superior iconic image. The stamp did a wonderful job of celebrating the "Visit..." theme."


The prizes for both the Jury and public voting competitions will be handed out during the Belgian Philatelic Grand Prix to be held in the Brussels City Hall on the 22nd September 2012.
Publié par euroswiss à 16:49 No comments:

those stamps are issued in mini-sheets of 8 stamps 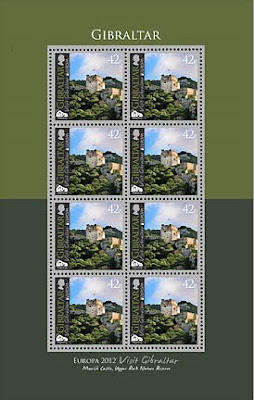 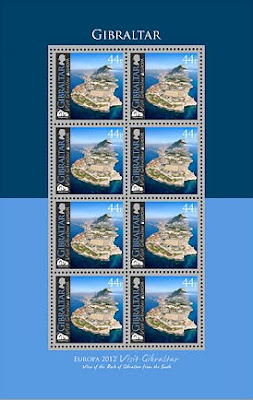 NOTE : for the first time since 1979 and the first Gibraltar Europa issue, Gibraltar is using the official Europa logo !
Publié par euroswiss à 09:15 No comments:

Email ThisBlogThis!Share to TwitterShare to FacebookShare to Pinterest
Libellés : 2012, Gibraltar 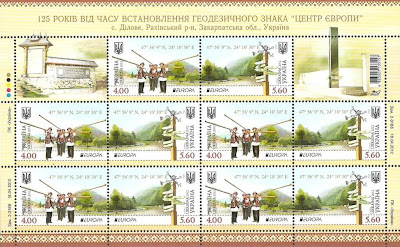 both stamps are issued in a booklet of 2 stamps

Email ThisBlogThis!Share to TwitterShare to FacebookShare to Pinterest
Libellés : 2012, Ukraine 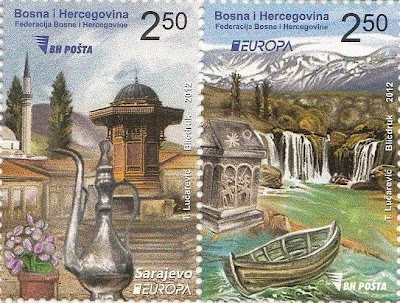 Both stamps are issued in a souvenir-sheet 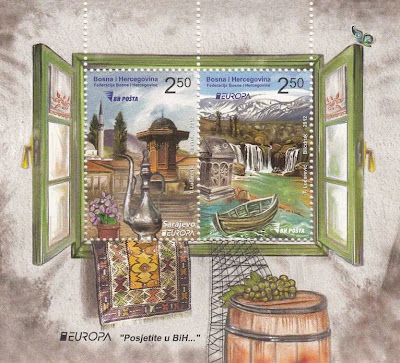