On the 2011 Europa stamps you'll see a new logo. A small square and black & white element, symbolic reminder of the mailbox, has been added in front of the word Europa.

logo used with the permission of PostEurop
As it is impossible to register a plain text-logo, a design element had to be added to the text "Europa". PostEurop will with this new logo be able to have a better control on missuse and on non official Europa stamps issues.

This new logo can already be seen on the 2010 Europa stamp issue of Switzerland. The Swiss post has the copyright rights on the Europa logo. In 2011 this logo will be featured on each official Europa stamp issue. 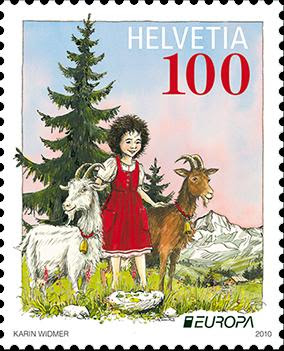 The present Europa logo is in use since 1993. That year PostEurop took over from the CEPT the Europa stamps issues.
Publié par euroswiss à 01:00