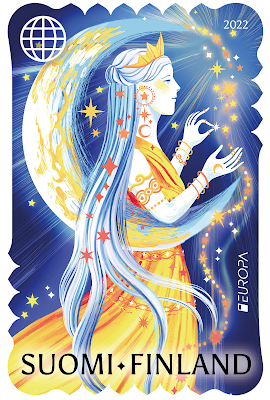 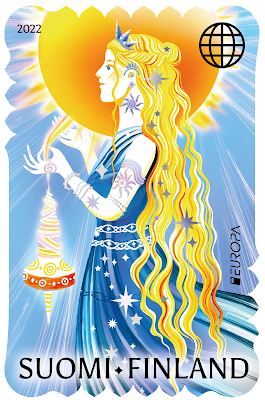 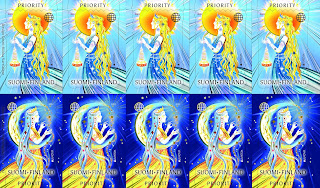 Both luonnotars are mentioned in Finnish folk poetry, but there is little information of them. Päivätär and Kuutar are emuus (origin mothers) of bees, wasps and hornets and appear in spells that were sung in order to prevent these insects from stinging. There is also one spell from Finnish Karelia that states that the world tree grew from the golden and silver tears of Kuutar and Päivätär. source : Finnish Folklore Wiki

Email ThisBlogThis!Share to TwitterShare to FacebookShare to Pinterest
Libellés : 2022, Finland