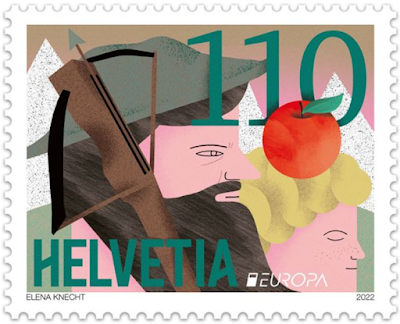 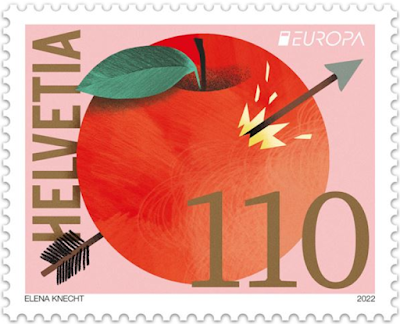 William Tell - The story of a hero who had to shoot an apple placed on his child’s head is found in many different European collections of legends. But it was here in Switzerland where it became a fundamental part of the legend of how the nation was founded. William Tell achieved fame far beyond national borders as the courageous and fearless main character in Friedrich Schiller’s 1804 play of the same name. After the foundation of the federal state in 1848, William Tell became a major figure in shaping the identity of the emerging nation.

The young illustrator and graphic artist Elena Knecht has taken a fresh look at this subject. She sought to give a modern twist to the folk tale and to present it in a contemporary style.

The dramatic scene with the pierced apple probably comes from Nordic legends in the early Middle Ages. Travelling monks are believed to have brought these stories to Switzerland. The pierced apple is one of the most memorable and famous scenes in the William Tell story.

Email ThisBlogThis!Share to TwitterShare to FacebookShare to Pinterest
Libellés : 2022, Switzerland