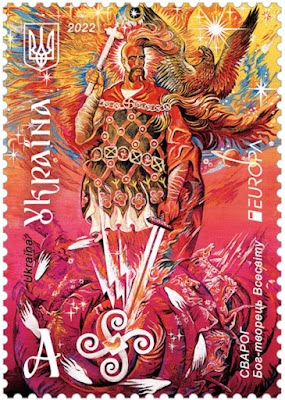 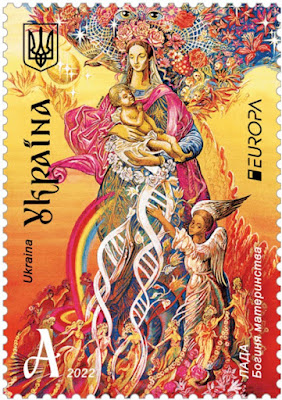 both stamps are issued in a mini sheet of 6 stamps 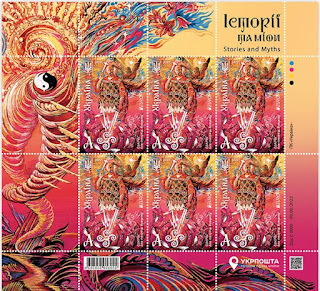 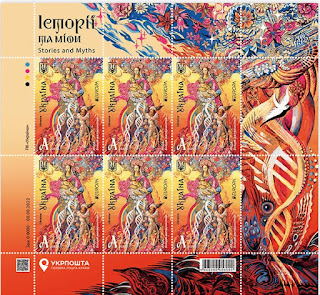 Svarog – God is the creator of the Universe - Svarog is a Slavic god of fire and blacksmithing, who was once interpreted as a sky god on the basis of an etymology rejected by modern scholarship. He is mentioned in only one source, the Primary Chronicle, which is problematic in interpretation. He is presented there as the Slavic equivalent of the Greek god Hephaestus. The meaning of his name is associated with fire. Source Wikipedia

Lada – Goddess of motherhood - Lada was first mentioned around 1405-1412 in the sermons of Lucas of Wielki Koźmin, which warned against worshipping Lada and other gods during spring ceremonies and folk performances. They owe their popularity to Długosz, who in one of his sources recognized Lada as a goddess and in another as a god of war, the Polish equivalent of the Roman god Mars, to Aleksandr Faminstyn, who recognized the word Lada in Russian songs as the goddess of marriage, and to scholar Boris Rybakov, who insisted on recognizing her historicity. However, the vast majority of religious scholars and Slavists reject the historicity of these deities, believing that they owe their divine status to a misunderstanding of the song refrains by medieval scribes. Source Wikipedia

Email ThisBlogThis!Share to TwitterShare to FacebookShare to Pinterest
Libellés : 2022, Ukraine