Turkey is the winner of the 2018 Best Europa stamp contest organised by PostEurop. Poland finished second and Georgia is third. 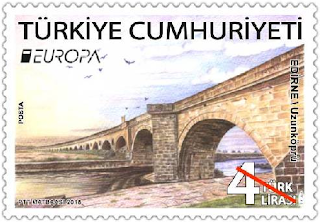 this 4.- TRY stamp is part of a two stamps set.

The result of this competition was announced during this PostEurop's Plenary Assembly held this month in Tbilisi, Georgia.


Here you can find the full list of winning stamps since the first contest in 2002 when Malta won.
Publié par euroswiss à 12:00