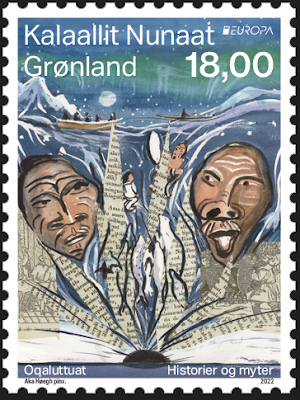 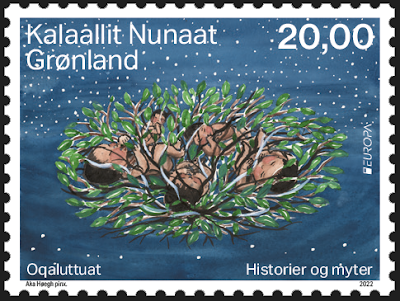 both stamps are also issued in mini-sheets of 10 stamps 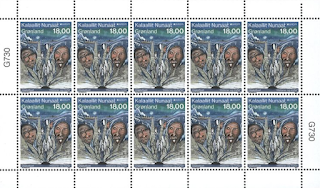 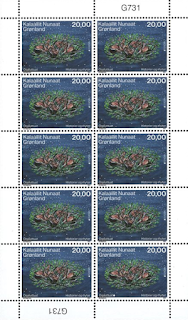 Aka Høegh, one of Greenland’s most significant living artists, says about her two stamps :

- “The first stamp symbolises Inuit narratives in a broader sense. I have drawn two mask-like faces to represent that our stories are told and passed on. The book is open to let the stories come out. In creating the design, I cut from an old history book with old orthography, as a form of talking flower that grows.

Email ThisBlogThis!Share to TwitterShare to FacebookShare to Pinterest
Libellés : 2022, Greenland