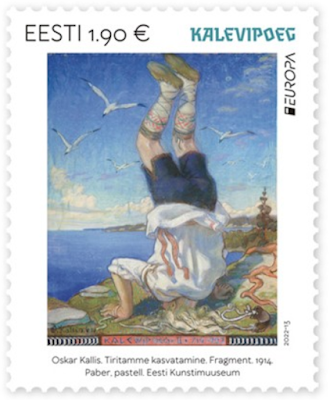 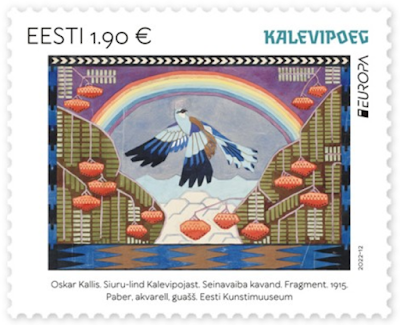 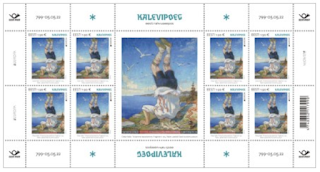 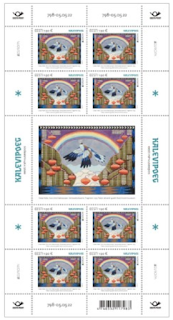 The stamps depict the painting ‘Tiritamme kasvatamine’ (‘Doing a headstand’) and the tapestry design ‘Siuru-lindu Kalevipojast’ (‘The Siuru bird from Kalevipoeg’) by the artist Oskar Kallis.

Kalevipoeg is a mythical hero in Estonian folklore, which contains many legends and stories about a mighty man named Kalevipoeg. The legends of Kalevipoeg, together with runic folk songs, were the subject for Friedrich Robert Faehlmann and Friedrich Reinhold Kreutzwald while preparing and writing the epic Kalevipoeg in the nineteenth century.

Kalevipoeg is considered to be one of the most important works of Estonian literature, and its motifs have later been used by many artists, composers, and writers. The work also played an important role in the development of Estonian national self-awareness.

Email ThisBlogThis!Share to TwitterShare to FacebookShare to Pinterest
Libellés : 2022, Estonia