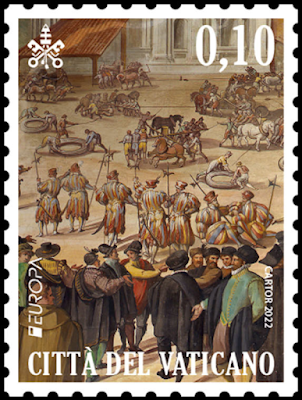 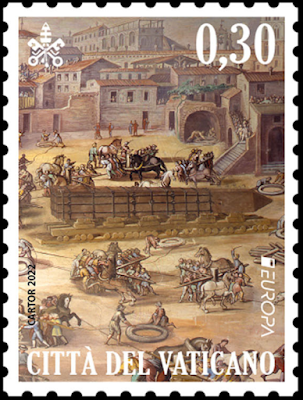 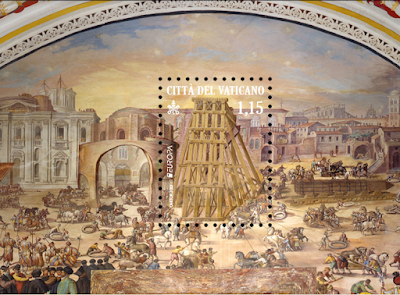 The central theme is the transport of the Egyptian obelisk, which stood on the spine of Caligula's circus, to St Peter's Square, where Pope Sixtus V wanted to erect it. It was to the architect Domenico Fontana that the pope entrusted the task, which was very complex for the time. The objective was achieved by employing nine hundred men and one hundred and forty horses. In addition, in order to facilitate the raising of the heavy monolith, an edict forbade anyone to speak or enter the enclosure delimiting the work area. Violators would be punished with death. Everything went well until, on 10 September 1586, right at the end of the operation, a Ligurian sailor, Bresca da San Remo, realising that the ropes holding up the monument were about to break due to excessive tension, shouted, heedless of the warning: "Water to the ropes". He knew that hemp becomes shorter and more elastic when wet. The manager immediately took up the suggestion and successfully completed the job. The sailor was pardoned: not only did he receive the title of Captain of the First Pontifical Line Regiment, but his family was granted the privilege of supplying the Vatican with the branches used for Palm Sunday.

Email ThisBlogThis!Share to TwitterShare to FacebookShare to Pinterest
Libellés : 2022, Vatican