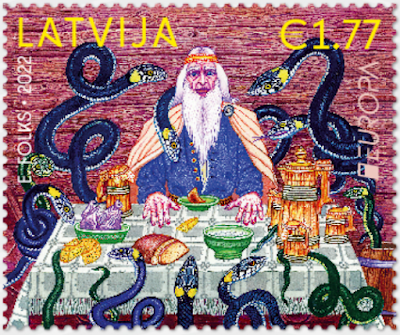 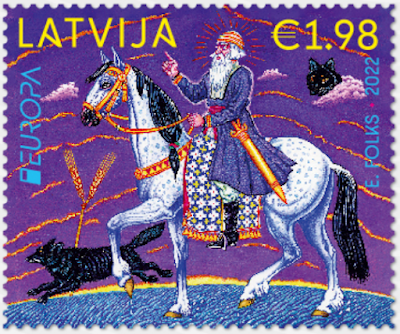 There are many different stories about the Heavenly Father in Latvian folklore - in folk songs it is mentioned that he has a wide coat, wears a belt with a sword, a white skirt and a cane, but elsewhere he is also mentioned as a little man. He usually rides a horse, but often also rides in sleighs and carriages, but his horses also appear in other ways - like black dogs, black ravens and black oxen with white horns.

Feeding snakes or reverence for snakes in mythology has been found in many peoples since ancient times - tradition has it that souls appear in the form of snakes. In the past, some mythologists thought that the cult of snakes originated from the cult of souls, but in Latvian mythology, vultures have nothing to do with laundry or souls. All the deities, according to old deceptions, have been able to do good and evil to man, so they have been made favorable in various ways. The only fact is that the ancient Latvians kept the logs as guardians of the cows and that the Milk Mother herself sometimes appeared in the form of a log, maybe also a calf. Source : Latvijas Pasts

Email ThisBlogThis!Share to TwitterShare to FacebookShare to Pinterest
Libellés : 2022, Latvia