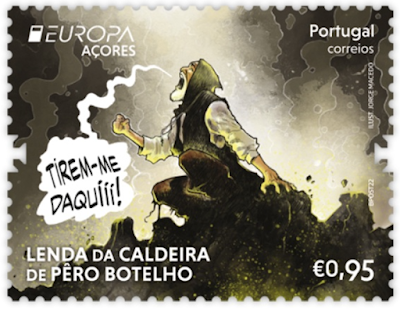 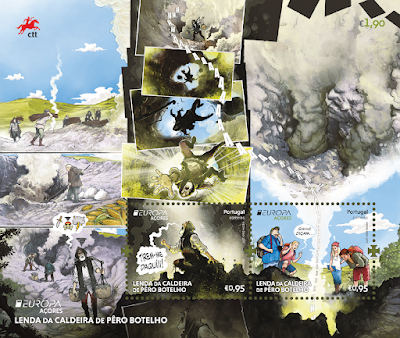 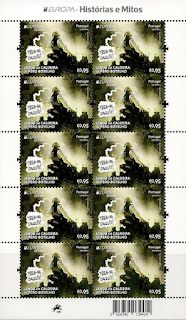 The Legend of Pêro Botelho’s Caldera - A little moral tale, recounting the punishment for a sulphurous temper. Silence is what Pêro Botelho gets back in return whenever he begs “Get me out of here! Get me out of here!”, from the bottom of the Furnas cave, on the island of São Miguel, where he has been trapped since immemorial time. A man of deplorable character, he had the habit, like the other inhabitants of the region, of boiling wicker and corn in volcanic calderas of boiling water. In one of them, which exudes a strong smell of sulphur, it was more common, however, to use its mud to cure various diseases, such as rheumatism. It is said that, one day, when going there to find the balsamic material, Pêro Botelho lost his footing and fell into the caldera. He attempted an appeal for help, but no one would have heard him. And he was never seen again. The only sign of life would be the cry for a hypothetical rescue. Or, all things considered, a little more. For if anyone were to approach the warm cavity and call out to him, they would receive a smoky puff of stones, ashes and mud in response. In addition to the more or less recurrent plea, Pêro Botelho would respond in an ill-tempered manner to any attempt to engage in dialogue, even when kind-hearted. And when children and adults threw stones into the caldera, saying “Give us a sneeze, Pêro Botelho!”, they would be expelled back out at them. So, whenever anyone approached the cave to find the therapeutic mud, they were always scared of what might come from there. From then on, the residents of Povoação began to call the smoking orifice Caldeira de Pêro Botelho, or Pêro Botelho’s Caldera.

Email ThisBlogThis!Share to TwitterShare to FacebookShare to Pinterest
Libellés : 2022, Azores