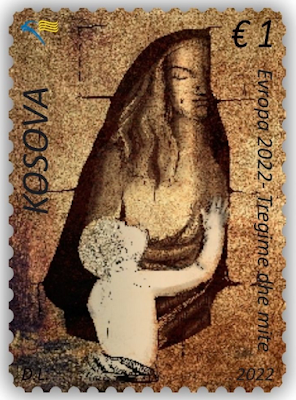 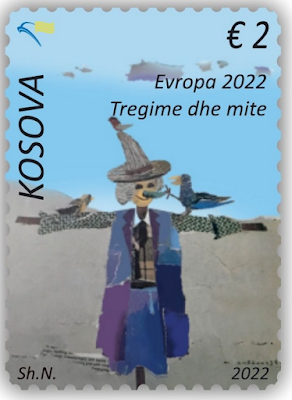 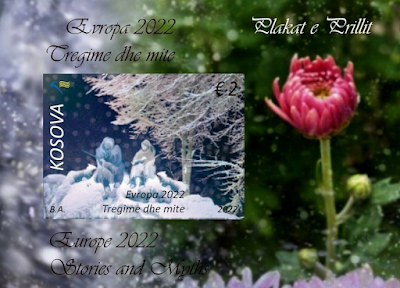 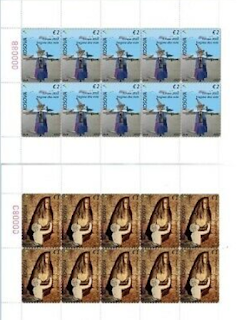 The sad sculpture of a woman represents the legend of Rozafa, who sacrificed herself for the castle to stand, and not to be continuously destroyed. Her request to leave half of her body outside the castle wall to feed and care for the little child is exactly what made this castle special.

The block represents the myth of the Shaking of the old women. According to legend, an old woman had gone to the mountains with cattle to enjoy the good, warm, sunny weather of early spring. She was greeting winter, when winter had sought loan days from February, to freeze the old woman who was harassing her. So from that early time water still springs from the rock in the form of an old woman, who is said to be the "old woman's tears".

NOTE : the stamps issued by Kosovo aren't recognized on an international level, not by the UPU nor by PostEurop.

Email ThisBlogThis!Share to TwitterShare to FacebookShare to Pinterest
Libellés : 2022, Kosovo