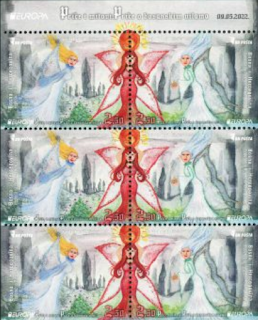 The fairies are, in short, the ancient spirits of nature or the personification of its forces. According to Bosnian mythology, fairies are born from dew falling on the leaves of a large tree that grows on a mysterious, unknown hill. Legends say that they possess magical powers that they can use for good and bad purposes. Our ancestors believed that fairies lived in mountains and large forests, but also around lakes. In our mythology, the most famous are: Red Fairy: It mostly appears around sunset. Its symbol is red. Bosnian fairy: She is a girl with lily flowers in her hair. Its symbol is the lily flower. Queen of Golden Fairies: She is the mistress of all Bosnian fairies. Its symbol is the full moon. Mountain Fairy: It is among the oldest villas and is often called the mother of fairies. Its symbol is the golden apple. Planinka: She is a fairy who has a wreath of flowers entangled in her hair. Her symbol is a white goat.

Email ThisBlogThis!Share to TwitterShare to FacebookShare to Pinterest
Libellés : 2022, Bosnia and Herzegovina