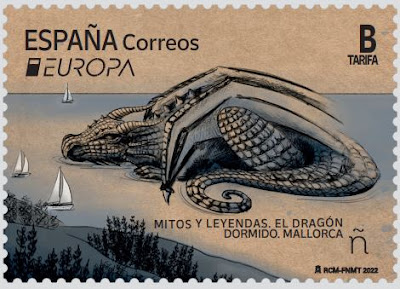 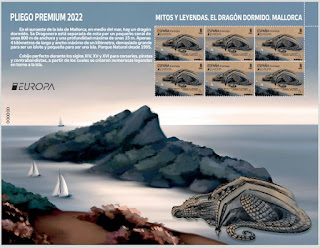 The sleeping dragon of Mallorca - In the southwest of the island of Mallorca lies the legendary island of Sa Dragonera. The island is about four kilometres long and one kilometre wide.

Between the 14th and 16th centuries it served as a hideout for corsairs, pirates and smugglers.

A Natural Park since 1995, home to species such as the extinct monk seal, today it is inhabited by some twenty endemic species such as Eleonora's falcons, cormorants and seagulls, which build their nests on its high cliffs.

Also, in line with the myth that surrounds it, there are many small "dragons", guardians of the area: the sargantanas or Lilford's lizards, a species endemic to Mallorca and Menorca. They are similar to geckos and during the warmer months they can be seen as soon as they land on the most uninhabited islands in the area.

Sa Dragonera takes its name from its silhouette. If you fly over the island, the image leaves no room for doubt, showing the figure of a sleeping dragon.

The legend of the dragon speaks of this mythological animal, snakes and all kinds of reptiles that protect Mallorca from unwanted invaders.

Email ThisBlogThis!Share to TwitterShare to FacebookShare to Pinterest
Libellés : 2022, Spain