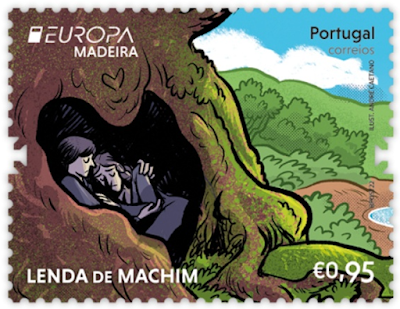 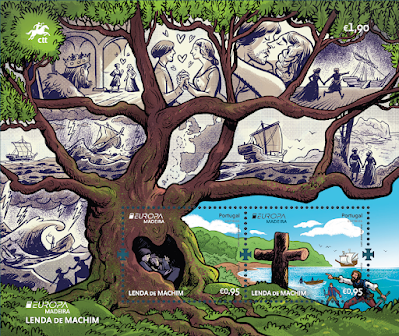 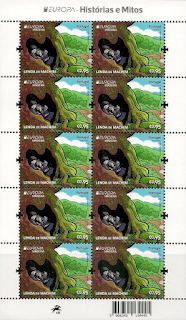 Legend of Machin - There is no historical evidence to prove it, but for a long time the narration of the facts that led to the discovery of the island of Madeira has had a much more poetic version than the usual description of the arrival of Tristão Vaz Teixeira and João Gonçalves Zarco, in 1419. According to the tale, it was the young Englishman Robert Machin, along with his beloved Anne of Arfet and some companions, who were the first to land there, in 1377. Robert, a man of modest condition, frequented the court of King Edward III (1312-1377). It was there that he met the aristocrat Anne of Arfet, with whom he would fall in love. Their desire for marriage, however, was at odds with that of Anne’s relatives, who considered her only within the reach of a suitor from the nobility. This opposition led Robert Machin to decide to flee with his intended towards France, a country with which England maintained a long military conflict, which would come to be known as the Hundred Years’ War (1337-1453). The elopement took place on the eve of Anne’s arranged marriage. On the high seas however, a strong storm blew the couple and the crew off course from their intended destination. After countless days lost at sea, they sighted land with lush vegetation and, once disembarked, began to explore the island, looking for water and food. However, a new storm approached, forcing them to seek refuge among the roots of a massive tree. When the storm subsided, they realised that their boat had not weathered the storm and they had no way of getting out of there. Worse yet, shortly afterwards, weakened by the trip, Anne died. Robert buried her next to the leafy tree where they had taken shelter, and erected a wooden cross to mark the spot. A week later, broken with grief, he too perished, being buried next to his beloved. As for the remaining crew members, some died, others were eventually captured by Moorish sailors and sold as slaves in North Africa. One of them was eventually rescued and his story reached the ears of the Portuguese, who, when they arrived on the island, years later, came across the cross and an inscription telling the couple’s saga. In honour of Machin, they named that region Machico.

Email ThisBlogThis!Share to TwitterShare to FacebookShare to Pinterest
Libellés : 2022, Madeira